The Nokia 7.2 is a midrange phone that, like the other Nokia-branded phones, nails the basics. It looks like a device that should cost at least $100 more than it actually does, it has a clean version of Android software with no bloatware, it’s guaranteed to get the latest major Android updates (with Android 10 slated to arrive soon) and security patches for two years, and it costs considerably less than a flagship phone.

It’s tough to find an affordable phone with all of those qualifications, though it’s not quite as difficult as it used to be. The Nokia 7.2 sells for $349, between the $300 Moto G7 and the $400 Pixel 3A, and that extra $50 for Google’s phone gets you a lot, including a stellar camera (derived straight from the Google Pixel 3, with its computational photography smarts in tow) that wipes the Nokia 7.2 clean. Plus, the Pixel 3A works with all US carriers and MVNOs, whereas the Nokia 7.2 is limited to just GSM carriers, like T-Mobile and AT&T. 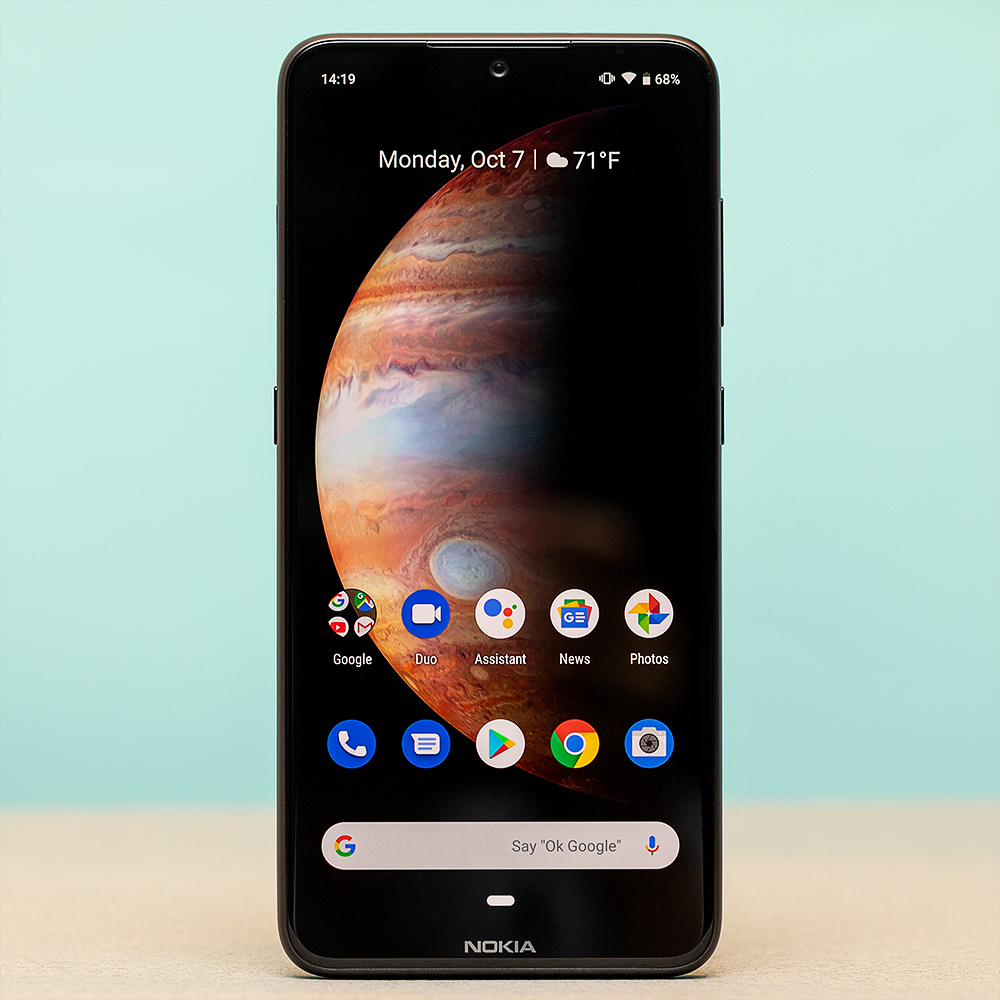 Those things aside, the Nokia 7.2 manages to get a few words in against the Pixel 3A, and that’s a big feat. I think this is HMD Global’s (the company that manufacturers Nokia phones these days) most confident creation yet. Compared to the Nokia 7.1, this year’s device brings some smart spec tweaks, like doubling the built-in storage to 128GB, offering a faster processor, packing a 3,500mAh battery that has no issues lasting all day (nearly a 500mAh boost over the 7.1), and including a bigger screen. It’s a snappier device to use in general, but my favorite thing about the Nokia 7.2 is that it’s gloriously grippy. The 7.1’s glossy, sharp-edged design has been swapped out in favor of rounded corners, and the smooth matte glass on its back echoes a similar look and feel to the new iPhone 11 Pro. It lets me keep a better one-handed grip on it while I’m scrolling through apps or taking selfies. Also, it just looks good.

A few other quality-of-life wins with the design include its LED-backlit power button that gently pulses to alert you to notifications. It’s more elegant than sticking a notification LED near the selfie camera, and it’s not bright to the point of being a distraction at night. On the opposite side of the phone is a dedicated Google Assistant button. It allows you to ask for the weather, find out what’s on your calendar, and more. If you’re someone who constantly wants to chat with the voice assistant, it’s great to be able to discreetly press this button to summon it instead of shouting “Hey Google.”

Inside, this phone has Qualcomm’s midrange Snapdragon 660 processor and 4GB of RAM, and, generally, running most apps and games won’t be an issue. It’s enough power to handle all of the apps that I use on a daily basis. I also found it capable enough to run most games that I’ve been playing on Google Play Pass. Titles like Limbo, Star Wars: KOTOR, and Monument Valley 2 run well, with occasional hiccups. You can expect comparable performance here to the Google Pixel 3A’s Snapdragon 670: good enough for most, but not flagship-quality performance.

The Nokia 7.2’s 6.3-inch LCD screen has a large screen-to-body ratio, aided by the teardrop notch, and its HDR upscaler working in the background makes video content from any app look more contrast-y. It also has official HDR10 support for Amazon Prime Video content. Games and movies look good, but, generally, this is another department where the Pixel 3A one-ups Nokia’s phone. It has an OLED screen that provides deeper blacks, colors that seem to pop off the screen, and its viewing angles are tough to beat. That said, both screens are 1080p, and the Nokia 7.2 and Pixel 3A look equally sharp when it comes to the fine details.

It’s hard not to notice the Nokia 7.2’s raised, circular camera module with a few lenses packed in. This array includes a 48-megapixel (Samsung S5KGM1, f/1.79 lens) standard camera, an ultra-wide (f/2.2, 118-degree) lens with an 8-megapixel sensor, and a 5-megapixel depth sensor for adding bokeh to portraits. The Nokia 7.2’s photo quality can be surprisingly good in the right conditions. Photos taken in environments flooded with natural light are well-exposed and detailed. But these cameras tend to over-sharpen details, and that garish look might not be what you’re looking for.

Also, it’s a mixed bag when it comes to preserving fine details when you zoom in on a photo. (Definitely don’t confuse this Samsung 48MP sensor for Sony’s IMX586 that impressed The Verge’s Sam Byford in the Honor View 20.) Colors often don’t look totally accurate, and the cameras sometimes choose to either oversaturate or completely wash out the blue sky in favor of your subject. A few attempts usually got me the picture I was hoping for. That trial-and-error process may not be a big deal for some, but it will be for others, myself included. It’s also something you just don’t need to worry about with the Pixel 3A’s remarkably consistent camera.

On the other side of the phone, its selfie camera and a few of its features are actually great. It features a sharp 20MP front-facing selfie camera, which shows off almost too much detail. (A beautification slider can reduce pores and other details you may want to obscure.) The colors it produces aren’t as accurate as what the rear-facing cameras can put out, but it produces bright, detailed photos usually on the first try. The selfie camera features built into Nokia’s camera app have some cool modes, including picture-in-picture mode, which displays what the front- and rear-facing cameras see together on the screen. You can use this to take stills or video from both cameras at the same time. It’s not super useful in every situation, but it’s fun to be able to record and narrate a live look at what’s happening all around the phone without twisting it or switching cameras in the moment.

Nokia is getting closer to making the phone that might crack into the mainstream in a similar way that the Moto has done with its budget-friendly Moto G7. No other phone in this price range offers its alluring combo of 128GB of onboard storage by default; a svelte, matte glass design; and stock Android software with guaranteed updates. Its strengths even make it a convincing choice among other midrange phones. But if you’re able to spring an extra $50 and put up with half the amount of storage, the Pixel 3A provides a better camera and broader carrier support.